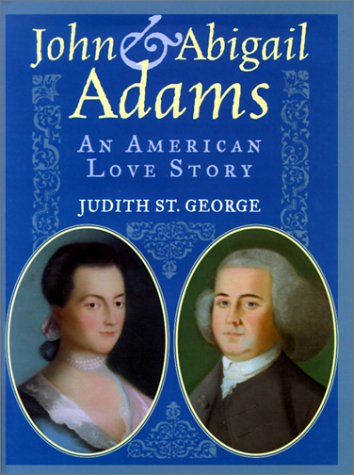 St. George's () tandem biography portrays the compelling and equal partnership and marriage that helped shape the United States from a British colony to a fledgling democracy. Though on their first acquaintance in 1759 neither 23-year-old John Adams nor 14-year-old Abigail Smith found much to admire, their friendship blossomed into a steadfast, passionate and intellectually stimulating union that lasted 54 years. Their marriage survived political upheavals, personal tragedies and separations of as much as nearly five years. During these frequent absences, the Adams wrote letters, and the biography proves strongest when it relies on their epistolary dialogue to capture the relationship (e.g., Abigail's famous entreaty to her husband to "Remember the Ladies," 1776, asking for a separate legal existence for women and a share in a husband's profits). The narrative chattily navigates the couple's experiences throughout John Adams's career, which includes a pivotal role in the Continental Congress and election as the nation's first vice president and second, if not entirely successful, president, but St. George provides only a cursory look at policies and politics. First and foremost, this book focuses on personalities, including Thomas Jefferson and Ben Franklin, assisted by archival portraits and prints. Readers will enjoy this look at the romance of these two patriots who worked so tirelessly for their country. Ages 8-12.