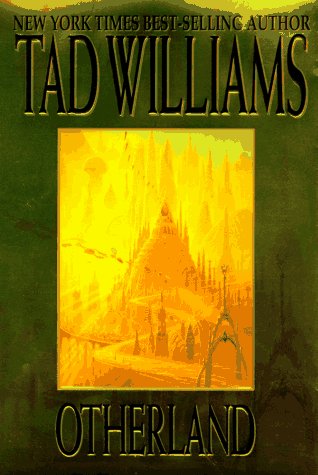 When Renie Sulaweyo's younger brother, Stephen, returns from the Net after visiting Mister J's, a virtual reality equivalent of the Hellfire Club, she's worried about him. When his next Net trip leaves him in a coma, Renie is terrified and angry. Soon she discovers evidence that other children have lapsed into comas under similar circumstances. A professor of computer science and an adept user of the Net, Renie retraces Stephen's trail and enters Mister J's but barely escapes with her own mind intact. After her adventure, she discovers that someone has downloaded into her computer the impossibly complex image of a fantastic golden city. Then her apartment is fire-bombed, she loses her job and another professor whom she has recruited to help her decipher the mystery is murdered. It's clear that Renie has angered someone with almost unlimited power, but she remains determined to save her brother. In the first book in what is projected to be, in effect, a single, enormous four-volume novel, Williams (Memory, Sorrow and Thorn) proves himself as adept at writing science fiction as he is at writing fantasy. His 21st-century South Africa, where blacks run the government and pursue careers but where whites control most economic power, rings true. His version of the Net, although obviously indebted to Neal Stephenson's Snow Crash and other novels, is detailed and fascinating. Best of all, however, are Williams's well-drawn, sympathetic characters, including Renie and her family, her student !Xabbu, the mysterious invalid Mister Sellars and a host of other folk, all of whom hope to solve the mystery of the terrifying VR environment called Otherland. (Nov.)
close
Details