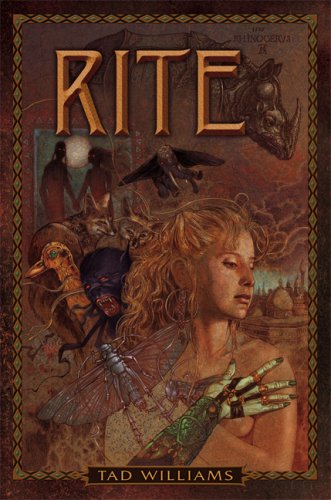 Those who know prolific novelist Williams from his epic series ( , etc.) may be surprised by this collection of 15 short stories plus a smattering of nonfiction and television concepts. As with his longer work, nearly every story overlays several plot lines, providing an epic aura without the length. "Three Duets for Virgin and Nosehorn" weaves together the life, death and mythology of a fabulous single-horned beast; "Child of an Ancient City" (later expanded to novel length by Nina Kiriki Hoffman) details a fateful tale-telling contest; and "The Writer's Child" is the haunting story of a child telling a story about a child reading a story. The collection's second half falters: Michael Moorcock fan fiction pieces, "The Author at the End of Time" and "Go Ask Elric," and his Otherland series tie-in, "The Happiest Dead Boy in the World," are ponderous with backstory. The flatness of the essays and TV scripts disappoints after the lyrical fun of the fiction. Still, the stand-alone stories make this volume worthwhile.