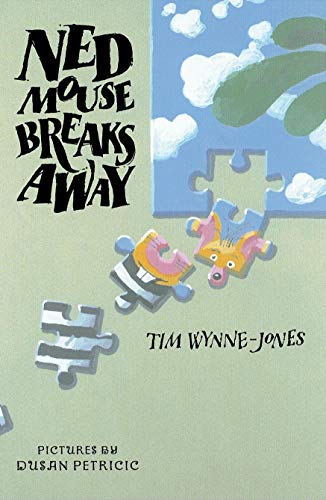 Slender as a mouse's tale, this breezy novel brims with chuckles. "I would give my right arm to be out of here," says Ned Mouse, who is serving time for writing "The government is unfair to mice!" in his spinach. The inmate's uniform is most unflattering ("He did not look good in stripes"), and he's saddled with an exceptionally dim-witted guard ("What a mind.... Pure mahogany," Mouse thinks). Ned's attempts at escape go awry in a slapstick series of blunders. When he tries to tunnel out, he accidentally lands in the warden's house and is waylaid by a bowl of chocolate tiramisu he can't resist. A black-and-white full-page drawing shows the resulting bedlam when the tin airplane he builds in shop class and passes off as a washing machine gets snagged on the prison wall ("It has pretty big wings for a washing machine," notes the gullible guard). Finally, Ned hits on a hilariously improbable solution: he mails himself off piece by piece to a friend ("Mouse started small: some claws, a whisker or two, and his funny bone. He had never liked his funny bone, anyway"), and a twist ending reveals how much the pesky prisoner had grown on the guard. Wynne-Jones's light-hearted caper perks along, fueled by Ned's sardonic wisecracks. Ages 8-up.