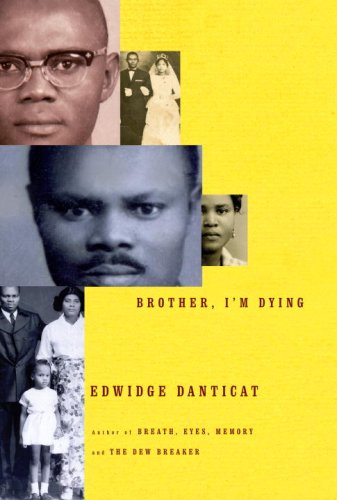 In a single day in 2004, Danticat ( ; ) learns that she’s pregnant and that her father, André, is dying—a stirring constellation of events that frames this Haitian immigrant family’s story, rife with premature departures and painful silences. When Danticat was two, André left Haiti for the U.S., and her mother followed when Danticat was four. The author and her brother could not join their parents for eight years, during which André’s brother Joseph raised them. When Danticat was nine, Joseph—a pastor and gifted orator—lost his voice to throat cancer, making their eventual separation that much harder, as he wouldn’t be able to talk with the children on the phone. Both André and Joseph maintained a certain emotional distance through these transitions. Danticat writes of a Haitian adage, “ 'When you bathe other people’s children, you should wash one side and leave the other side dirty.’ I suppose this saying cautions those who care for other people’s children not to give over their whole hearts.” In the end, as Danticat prepares to lose her ailing father and give birth to her daughter, Joseph is threatened by a volatile sociopolitical clash and forced to flee Haiti. He’s then detained by U.S. Customs and neglected for days. He unexpectedly dies a prisoner while loved ones await news of his release. Poignant and never sentimental, this elegant memoir recalls how a family adapted and reorganized itself over and over, enduring and succeeding to remain kindred in spite of living apart.