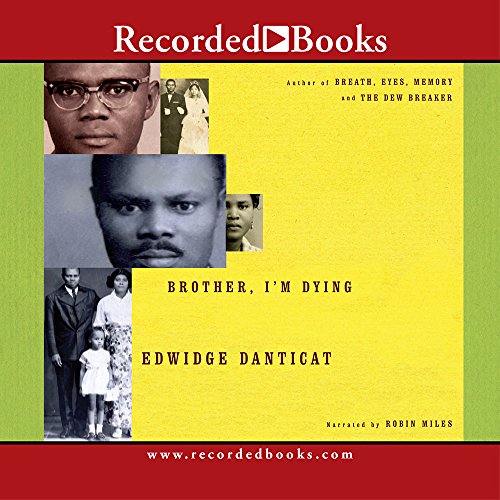 Dandicat's moving memoir focuses on her Uncle Joseph, who raised her in Haiti, and her father, who was reunited with her in the United States when she was 12. Robin Miles brings the two brothers to life. Portraying Dandicat's father, Mira, as soft-spoken and wise, she sagely decides not to try to imitate the mechanical voice box he uses after losing his larynx to throat cancer. The women sound much more alike, but Dandicat's mother and many aunts have relatively minor roles. The exception is Dandicat herself, the powerful narrator whom Miles portrays as a calm presence in the midst of political and familial tragedies. Miles's Creole sounds fluid and authentic, and listeners will have no trouble understanding the characters' French accents (Creole phrases are followed by translations). Miles uses the same pace throughout, but she might have given more pep to Joseph's breathtaking escape from Haiti. Miles is a perfect fit for Dandicat's booksâ€”she previously read . She artfully immerses listeners in Dandicat's world and will leave them wanting more.