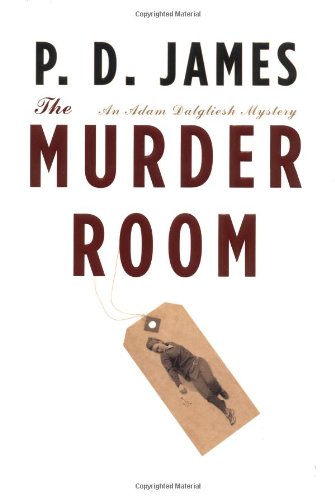 Neither the mystery nor the detective present James's followers with anything truly new in her latest Adam Dalgliesh novel (after 2001's ), which opens, like other recent books in the series, with an extended portrayal of an aging institution whose survival is threatened by one person, who rapidly becomes the focus of resentment and hostility. Neville Dupayne, a trustee of the Dupayne Museum, a small, private institution devoted to England between the world wars, plans to veto its continuing operation. After many pages of background on the museum's employees, volunteers and others who would be affected by the trustee's unpopular decision, Neville meets his end in a manner paralleling a notorious historical murder exhibited in the museum's "Murder Room." MI5's interest in one of the people connected with the crime leads to Commander Dalgleish and his team taking on the case. While a romance develops between the commander, who's even more understated than usual, and Emma Lavenham, introduced in, this subplot has minimal impact. A second murder raises the ante, but the whodunit aspect falls short of James's best work. Hopefully, this is an isolated lapse for an author who excels at characterization and basic human psychology.