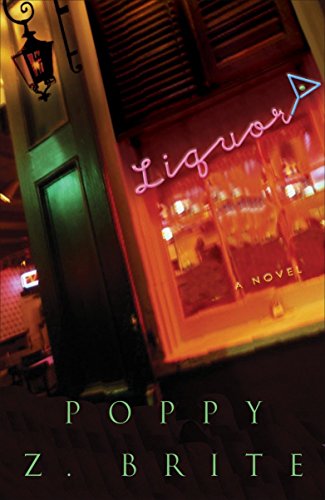 As much a love letter to the Big Easy as it is to the demanding (and sometimes debauched) lifestyle of a chef, horror maven Brite's ( ) first foray into the trendy genre of foodie lit is a winsome entrée. New Orleans natives and lovers John Rickey and Gary "G-man" Stubbs, affable characters from Brite's recent coming-of-age/coming-out tale , decide to capitalize on Rickey's brainchild of opening a restaurant with a "whole menu based on liquor." Word passes through the gossipy Nola restaurant scene that two up-and-comers have a hot concept but no money, and soon enough, Rickey and G-man find themselves backed by celebrity chef Lenny Duveteaux, known as "the Nixon of the New Orleans restaurant world" for his habit of taping his phone conversations. At first doubtful of Lenny's motives, the two come to regard him as a mentor even as they question some of his choices. In one of the many conflicts that Brite embroils her main characters (all of which are fun but not too convincing), the yats (colloquial for natives) have to fend off increasingly threatening actions from Rickey's former boss, cokehead Mike Mouton, while experimenting with dishes like white rum–laced fettuccine Alfredo and veal kidneys à la liégeoise. Although Brite rolls her eyes aplenty at the silly dramas and pretensions inherent in any urban restaurant scene, her affection for it is heartfelt. The plot is pretty boilerplate, but Brite's characters are as refreshingly unpretentious as a healthy helping of comfort food.