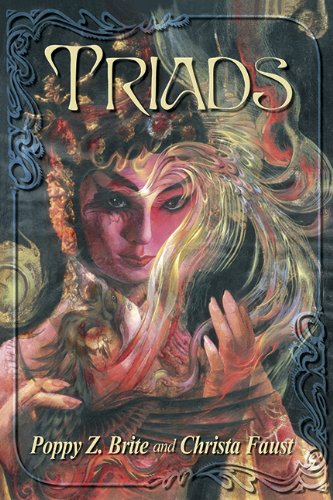 Brite ( ) and Faust ( ) combine tragedy, history, a touch of the supernatural, a bit of soap opera and, finally, hope in a surprisingly tender, if violent and sexually explicit trio of gracefully written, interwoven tales. In part one, set in 1937 Hong Kong, Ji Fung, who's in love with Lin Bai, the Peking Opera School's star pupil, kills the troupe's sadistic Master Lau, who's been raping Lin nightly. The boys flee and enter the decadent demimonde disguised as girls, eventually ending up in Shanghai at the outbreak of the Sino-Japanese War. In part two, set in 1945 Los Angeles, Ji Fung, now named Jimmy Lee, is attracted to female impersonator Victor See, who reminds him of Lin Bai, but Victor is a doubly lost soul as a Japanese-American pretending to be Chinese in Japan-hating wartime L.A. Meanwhile, butch detective novelist Nan Blake pursues a manipulative starlet who believes she's a man. Despite buckets of blood and the possibility of a vengeful ghost, the true horror lies in homophobia and anti-Asian bigotry. In the short final section, set in a relatively tolerant, present-day Hollywood, hunky martial artist Jake Ryan falls for a half-pearl of the orient, Miki, but it takes a ghost and a near-death-experience to get him out of the closet. If boy-boy or girl-girl isn't your cup of tea, then take a pass. But broad-minded genre fans won't find a better brew.