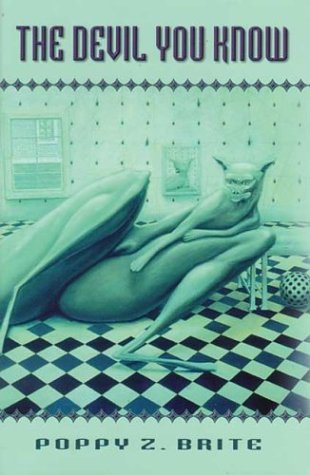 THE DEVIL YOU KNOW

Once both cult-worshipped and mainstream-reviled for her edgy investigations into supernatural and human horror, Brite () is now more concerned with the more-or-less ordinary side of life and her home turf of New Orleans, as shown in her provocative third story collection. Four out of the 13 tales lie somewhere between the weird and the mundane and feature Brite's alter ego, Dr. Brite, the coroner of Orleans Parish, who loves to eat. The droll but dark "O Death, Where Is Thy Spatula?" involves raising the dead. In "Marisol," Dr. Brite literally tastes the consequences of revenge. Three tales, notably the bleakly nihilistic love story "Nothing of Him That Doth Fade," involve gay but otherwise run-of-the-mill couples who have some connection to the restaurant world. Abandoning past gothic trappings and using a cleaner, simpler style, Brite emerges as a writer of honesty and wit who may yet find favor with a broader literary readership.