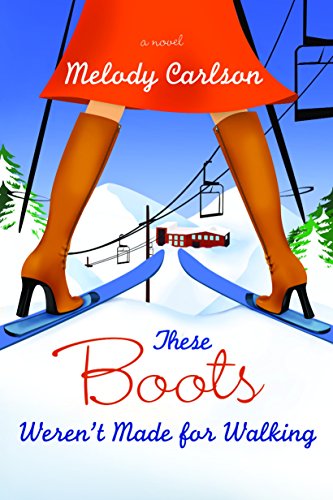 These Boots Weren’t Made for Walking

In a fun specimen of Christian chick lit, popular novelist Carlson (Homeward; Finding Alice) introduces a charming new protagonist, Cassidy Cantrell. As the novel opens, Cassidy is having a disastrous week: first she gets fired, and her beau of three years dumps her for a sweet young thing he met in church. Next, Cassidy’s neighbor steals her credit card and runs up thousands of dollars on it. Pretty soon, Cassidy has no choice but to give up her swanky apartment and move back home to rural Black Bear, Wash. She finds a surprise there, too: her 55-year-old mother, who used to be frumpy and overweight, got a new look after Cassidy’s dad flew the coop and is now dating men half her age. Gradually, Cassidy comes into her own, joining a gym and finding a new job and romance. Indeed, before she knows it, eligible men are chasing her. She’s a terrifically likable character, and readers will enjoy following her exploits. Cassidy’s Christian faith plays a significant yet refreshingly subtle role in this novel. And if the overarching plot—the transformation from plump, unemployed and depressed urbanite to svelte, desirable hometown princess—is predictable, Carlson manages to keep readers guessing about which man Cassidy will pick. (June)