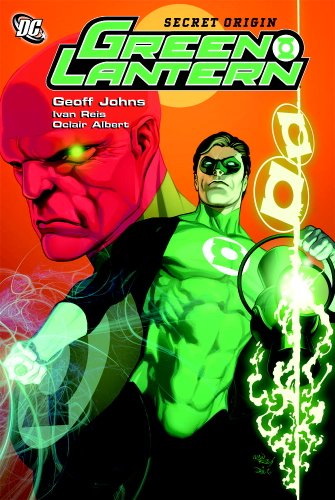 Hal Jordan, Green Lantern 2814.1, has had a rough time. He's been mind-controlled into supervillainy, killed, brought back as a spirit of vengeance and miraculously returned to sanity and superpowers. Unsurprisingly, new readers find it confusing. Now writer Johns has gone back to the beginning for a flashback explaining who Hal Jordan is and why we should care. A hardy, brash sort of hero, undeterred by constant danger and heartbreak, Hal won't let anything stop him from piloting. One day he stumbles upon what he assumes is a crashed plane, only to find it is the ship of a dying alien. Recruited into the Green Lantern Corps of galactic police as the dead being's replacement, in quick succession, Hall is issued with a superpowered Green Lantern ring and shipped off to the planet Oa for training. Rather than beginning his heroic career as the golden boy of the corps, Hal instead immediately starts questioning his more powerful and experienced superiors and bonds with future supervillain Sinestro. Johns gets across what makes Jordan unusual for a superhero—he's more of a lucky choice than a destined hero. The clean, expressive art by Reis and Albert captures the heedless, fearless Hal perfectly in a story that isn't horribly daunting for newcomers.