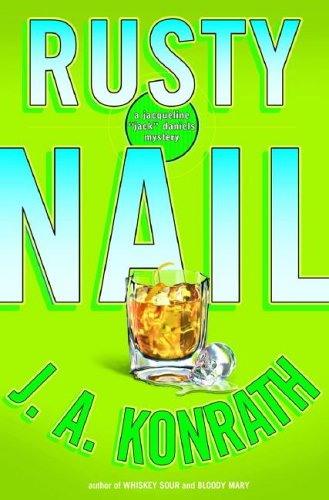 Konrath's third outing to feature Chicago police lieutenant Jacqueline "Jack" Daniels, like its predecessors, and , offers violent thrills peppered with hilarious one-liners. Jack's receipt of an anonymous snuff video that looks like the work of a serial killer called the Gingerbread Man, who was recently brought to justice, marks the start of a cat-and-mouse game with the killer, who plucks victims from the periphery of Jack's world—both professional and private. When Jack shakes the Gingerbread Man's twisted family tree, she unearths an unspeakable history of depravity and awakens sleeping dogs better left alone. A wedding in the woods turns sinister after a poison-laced champagne toast renders everyone in the wedding party unconscious, and Jack must race to save her friends from the surprise demon spawn that has outwitted her—though perhaps not the reader. Some may find that the surfeit of gore detracts from the engaging characters, true guffaws and tightly knit subplots.