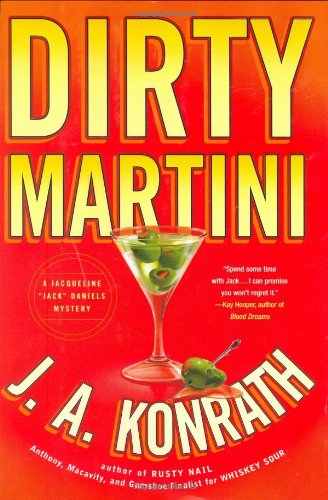 onrath’s fourth drink-inspired mystery to feature Lt. Jacqueline “Jack” Daniels (after 2006’s ) is a particularly potent mix of equal parts mirth and mayhem with a dash of sex and a twist (or two) of plot. When an extortionist prefaces his demands for a payoff from the city of Chicago by spreading enough botulism toxin to cause more than 30 deaths, Jack’s previous successes and her resultant celebrity are enough to put her in charge of the case. The poisoner has more tricks up his sleeve and unleashes an almost unimaginable arsenal of toxins. Despite a horrific death count, Konrath infuses plenty of humor. Best of all, he gives the reader ample opportunities to stay abreast of or even ahead of his sleuth, but it will take a clever reader to unravel the subtle clues embedded in the story. Konrath’s latest should be taken straight, no chaser needed.