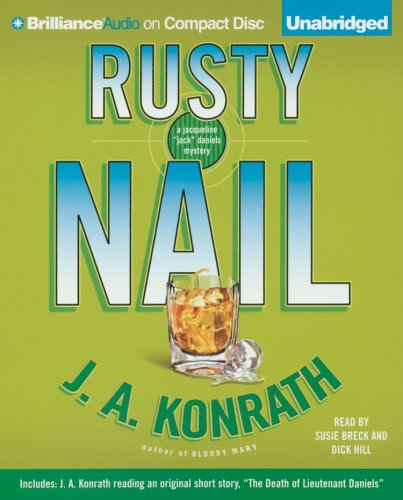 The audio of Konrath's latest Lt. Jacqueline Daniels ("Jack" to her fellow drinkers in the Chicago police establishment) is a veritable bargain. Not only do listeners get two actors instead of the customary solitary voice doing both sexes, but they are also treated to the author himself reading a lively new short story about his peppery protagonist. As he did in his first two mixed–drink–titled books in the Daniels series— and —Konrath knows how to stir and shake all his ingredients, from extreme (and occasionally excessive) violence to gut-busting humor. Breck catches Jack to perfection, making her the kind of officer you want on your side, while Hill brings to life Jack's friends, colleagues—and a serial killer known as the Gingerbread Man who makes Hannibal Lector look like a churchwarden. The only problem listeners might face is that if they play this one in their cars, they risk being pulled over by real cops because their outbursts of laughter may cause erratic driving.