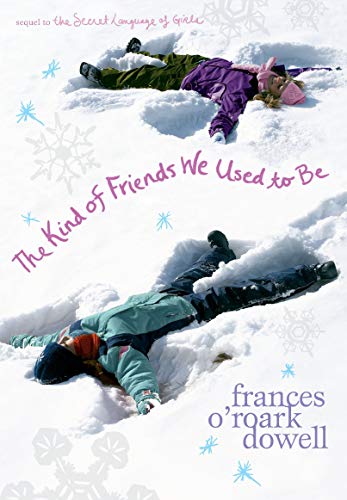 The Kind of Friends We Used to Be

This sequel to Dowell's follows Marylin and Kate as they start seventh grade on a tense note, having drifted from being BFFs to being neighbors who tiptoe around each other, unsure of what to say. The third-person perspective shifts between the two: Marylin learns that being a cheerleader means putting up with obnoxious snobs, and Kate develops an interest in songwriting. This even-handedness is both a strength and a weakness. Both girls are sympathetic but the constant switching back and forth between their various crises—Marylin's parents' divorce; Kate's anxiety over a cute boy in her creative writing club—means neither girl's story gets substantial treatment. It's more a slice of middle school life, kept afloat by Dowell's smart insights into the way the middle school mind works. The territory is familiar, but for girls on either end of a friendship whose contours keep changing, Dowell's treatment will act as a balm. Ages 8–12.