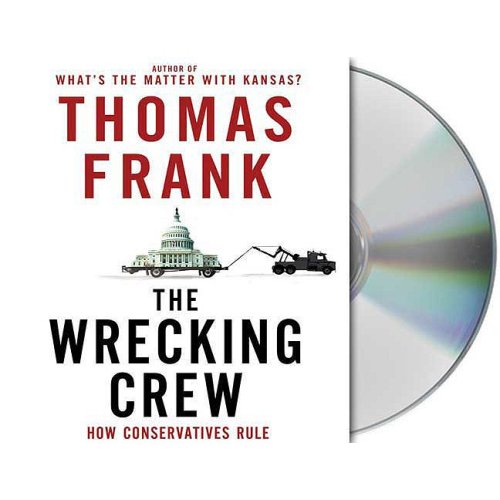 The Wrecking Crew: How Conservatives Rule

Frank paints a complex and conspiracy-ridden picture that illuminates the sinister and controversial practices of the Republican party in the 20th and 21st centuries. While Frank's assessments and interpretations of key events, players and party doctrines is accurate and justifiable, his overwhelming blame of the Republican Party as the source of everything that's wrong with this county and as the emblem of self-destructing government denies the Democrats and the citizenry their roles in a decaying democracy. Wyman's matter-of-fact delivery hints at the obviousness of Frank's words, but provides enough enthusiasm to make listeners believe he, too, is invested in Frank's message. His emphasis and vigor keep the text enjoyable, long after the rant of Republican despotism has become excessive.