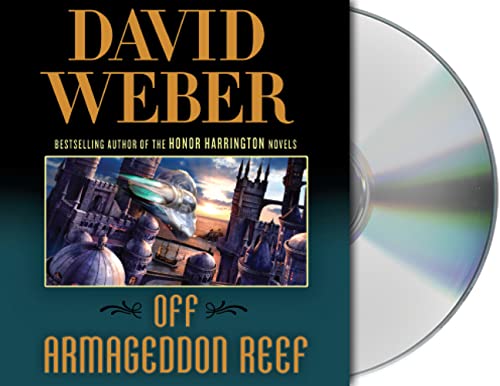 Weber's latest opus is a complex tale of action and intrigue set early in the 25th century, hundreds of years after the near total annihilation of humanity by the Gbaba, an alien race hell-bent on eradicating humans from the universe. After decades of war and facing certain defeat, the last remnants of the human race escape and settle on a distant planet, appropriately named Safehold. To ensure they remain undetected by their enemies, the leaders of the survivors ban technology, and genetically adjust the populace to remain in a perpetual pre-industrial state. However, 800 years later, an android of the old world awakens, charged with the task of guiding humanity back onto the path of science, technology and, eventually, the stars. Wyman rises nicely to the near Herculean challenge of performing this 30-hour epic. His clear, expressive reading never falters while he skillfully navigates his way through a labyrinth of plot twists and multiple characters. Whether describing high-tech space battles or the covert activities of courtiers and spies, Wyman brings Weber's intricate world of Safehold to life.