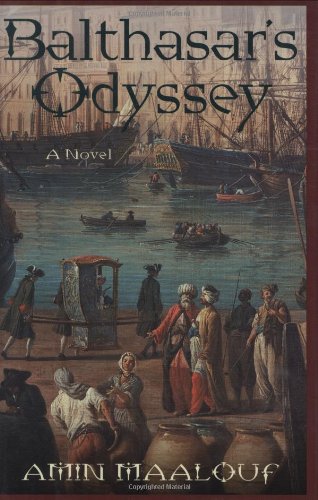 Maalouf (, etc.) takes his readers on a long, meandering literary journey in his latest historical novel, which revolves around the quest to find a book supposedly published during the days of the Ottoman Empire. The tome in question promises to reveal the 100th name of God, a revelation that could save the world from an apocalyptic meltdown as the year 1666 approaches. Curio shop owner Balthasar Embriaco, a Genoan living in the Levant, is the passionate but pedantic narrator who finds his life turned upside down when comes into his possession. Balthasar is skeptical about the book's authenticity, but he instantly regrets selling it for a significant sum to an emissary of the king of France, who quickly spirits the book off to Constantinople. The quest to recover the book turns into a labyrinthine effort to protect Balthasar's newfound love, a woman named Marta, who is on a quest of her own to find news of her long-lost husband. Balthasar is crushed when Marta reunites with her mate, but he travels on to London, where he finally locates the tome—only to discover that his health deteriorates every time he tries to translate it. Maalouf's initial conceit is promising, but too many of the plot twists turn into tangents, and the nebulous resolution of both subplots further dilutes the overall impact. Despite the narrative flaws, however, Maalouf has considerable success using cultural details to create an authentic atmosphere, and the novel effectively captures the flavor and spirit of 17th-century Europe.