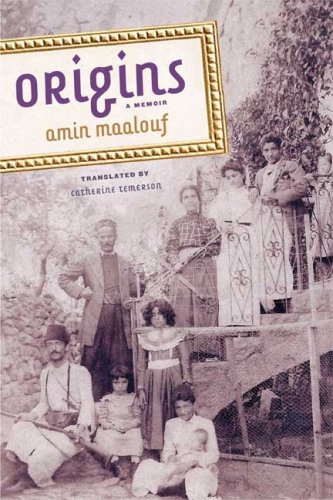 In this sensitive if mildly overwritten memoir of long-held secrets, betrayal and denial, Maalouf, who won the 1993 Prix Goncourt for traces his familial history from a tiny mountainside village in Lebanon to Cuba and back. Presented, upon the death of his father, with a “trunkful of documents,” Maalouf sifts through the detritus of letters, journals and diary entries in search of information on his great uncle Gebrayel, whose life is swathed in family legends. “At eighteen, he simply boarded a ship leaving for America,” Maalouf writes of Gebrayel, but after a three-year sojourn in New York City, he emigrated to Cuba. Maalouf pieces together Gebrayel's Cuban life, quoting extensively from his letters. The author also exerts much literary effort conjuring up the internal machinations of a family torn asunder by societal changes, the internecine clash of local religious beliefs and growing family enmity toward their wayward uncle. In the end, Maalouf travels to Cuba and, with the help of a plucky distant relative, finds the location of Gebrayel's house. For all his personal struggles, Maalouf never really manages to lift this book from mere family recollection to any larger cultural insight.