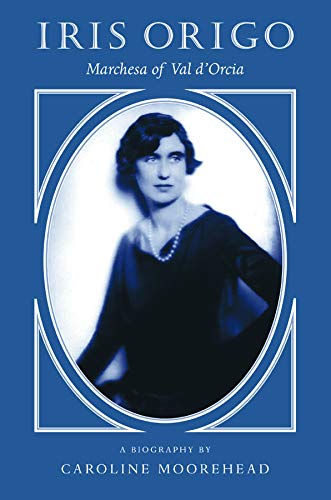 An affectionate history of the writer and charmer Origo (1902–1988), this biography offers lush descriptions of Italian landscapes and the social intrigues of expatriate life in Florence between the wars. But Moorehead () ultimately fails to make the reader care about her subject, in part because she neglects to firmly establish her subject's place in modern literature at the outset. Origo (née Cutting and later married to an Italian nobleman) was an aristocratic Anglo-American reared in Italy. Though an early acquaintance of such luminaries as Edith Wharton and Somerset Maugham, Origo did not launch her writing career until later in life; she had been sidetracked by family tribulations, her conversion of an arid Tuscan valley into a thriving agricultural community, her work with destitute children, the rise of Mussolini and WWII. And while Origo was certainly more than the sum of her literary contributions, it was primarily through her biographies, memoirs and criticism that she gained renown. Moorehead waits too long to bring the full force of Origo's literary ambitions and achievements to bear. Moreover, Origo's presence, admittedly reserved at times, is undermined by excessive scene-setting and a parade of lesser characters. In the end, the reader may depart with the sense of having visited Italy and the forgotten worlds of the idle rich and interwar intelligentsia, but not necessarily of having been permitted a dance with the remarkable marchesa herself. B&w illus.