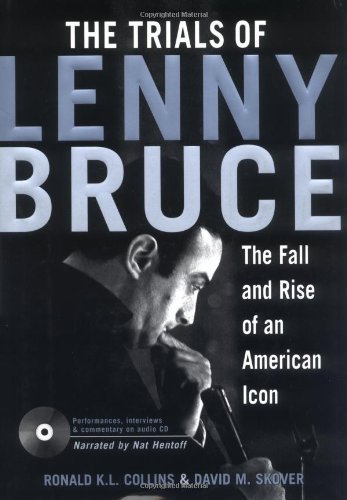 THE TRIALS OF LENNY BRUCE: The Fall and Rise of an American Icon

The shelf is full of books about "outlaw social critic" Lenny Bruce (1925–1966). But now comes a different approach, as two legal scholars provide an in-depth survey of "comedy on trial"—the five years of censorship, arrests, obscenity trials, convictions and appeals as prosecutors sought to bust Bruce for "word crimes." Skover and Collins (coauthors of ) meticulously document both litigation and the literary scene of the 1960s, crosscutting between clubs and courtrooms to show how Bruce's career crumbled in a nightmarish fashion as he broke taboos and struggled for free speech in the years before his death from a morphine overdose. Looking for a lawyer in 1964, Bruce requested, "Get me somebody who swings with the First Amendment," and that year noted performers and writers (such as William Styron, John Updike, James Baldwin) signed a petition to support Bruce, while others (Jules Feiffer, Jason Epstein, even the "prim and proper" Dorothy Kilgallen) served as defense witnesses. Granted access to Bruce's papers, Collins and Skover have done exhaustive research, also interviewing Bruce's lawyers, club owners, cohorts and comic talents, including Orson Bean, George Carlin, Margaret Cho and Paul Krassner. The voice of Bruce springs to life with his memorable comedy routines heard on the accompanying CD, narrated by Nat Hentoff and also featuring interviews with Lawrence Ferlinghetti, Hugh Hefner and others who reflect on Bruce's legacy. Generating a gamut of emotions, the entire package is an important documentation of a revolution in American culture. B&w photos.