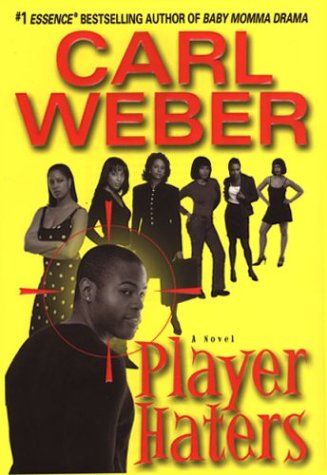 Weber's winning record of frothy, scandalous African-American novels ( , etc.) continues with his fourth book, a fast-paced mix of scandal, jealousy and wickedness featuring the bickering, beautiful Duncan family. Successful, handsome Wil Duncan is frustrated with Diane, his wife of 10 years, who's been inexplicably frigid lately; tensions really begin to mount when Mimi, his sexy temp secretary, makes it clear she wants to take more than dictation. Wil's unemployed, "playa" brother, Trent, saddled with money problems and an eight-month-old baby he refuses to acknowledge as his own, grows desperate for quick cash. At a bar, while trying to talk his younger sister, Melanie, into a loan, Trent meets Indigo Jones, a sexy, budding singer and recent lottery winner, and woos her with promises to make her into "the next Whitney Houston." Meanwhile, as Wil's marriage continues to deteriorate, Mimi sets her sights on becoming Wil's permanent secretary—and knocking Diane out of the picture for good. Indigo's vocal demo tape proves her talent, so Trent makes a play to catch her rising star, while Michelle, the mother of his supposed love-child, vies for his attention. As Wil and Diane accuse each other of being unfaithful (Wil with Mimi; Diane with the mailman) some hard truths are revealed. Can Wil resist temp-from-hell Mimi and save his marriage? Will Trent turn his life around before it's too late? Will Melanie find true love? While the interpersonal antics remain shamelessly over-the-top, Weber strikes a better balance between the melodrama and the storytelling this time out, making for a more resonant (and fun) reading experience.