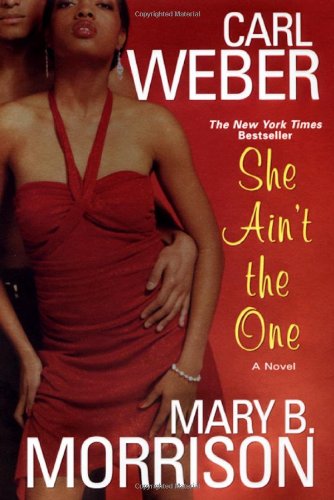 She Ain't the One

Bestselling authors Weber and Morrison team up in an experiment that brings together "two of their favorite characters." Texas psycho-hottie Ashlee Anderson flies to D.C. to "spend some time alone" after a nasty breakup, but when she meets Jay Crawford at a club, she's smitten. Jay beds Ashlee, who afterwards flies back to Dallas, stops taking her antidepressants and begins to unravel. As unsubtle indications of Ashlee's mental disorder surface (court-ordered psychiatry, for one), the long-distance romance bumps and grinds along. Jay, whose lust for Ashlee blinds him to her craziness, tries to play down Ashlee's jealousy, but after his ex-girlfriend, Tracy, reappears with his child, Ashlee's manic episodes increase in frequency and intensity, causing Jay to break up with her the night he had planned on proposing. Jay reunites with Tracy, and a scorned Ashlee plots sweet, crazy revenge. The book, were it not hobbled by pedestrian prose ("Expectations were the detour to the demise of my happiness") and a phoned-in portrayal of pathological behavior, could be reminiscent of . A sequel is hinted.