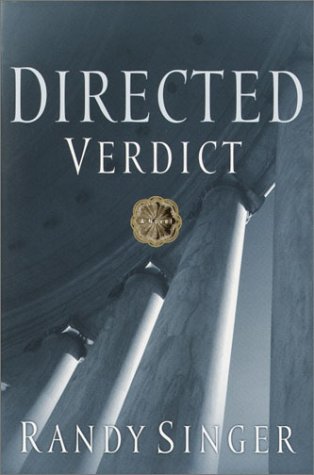 There is plenty of room in evangelical Christian fiction for fresh voices, and debut novelist Singer is a promising one. The story opens with some fairly graphic violence as Sarah and Charles Reed, missionaries to Saudi Arabia, are tortured for their Christian faith and framed for cocaine use. Charles dies, and after returning to the U.S., Sarah's life insurance company refuses to compensate her for his death, citing his "addiction." Desperate for the means to raise her two children, she hires attorney Brad Carson, who seizes the opportunity to sue the nation of Saudi Arabia for their persecution of the Reeds. The resulting lawsuit ends up in the courtroom of the Hon. Cynthia Baker-Kline, a prochoice judge who had an earlier run-in with Carson over a prolife protester he represented. Despite opening the novel with a few stereotypes, Singer eventually smashes others, as in his depiction of Carson's legal secretary (who, with her overweight physique, pack-a-day cigarette habit and constant scowl is no Della Street). There's the requisite witnessing, but some suspense as to who does and doesn't convert to Christianity. The pacing would have been improved by some judicious pruning and tightening, but the story is compelling, and the reader is left guessing until the last chapter about the identity of a potential double-crossing informant. Legal thrillers are gaining ground in the evangelical Christian market, and this is an agreeable addition to the genre.