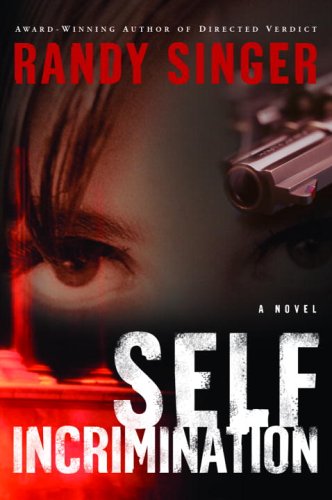 In his absorbing stand-alone fourth legal thriller, Christy Award–winner Singer proves that faith and suspense can make delightful bedfellows. Sixteen-year-old Tara Bannister is accused of murdering her alcoholic, abusive and wealthy stepfather on Good Friday. "I'm glad he's dead," the rebellious teenager tells young lawyer Leslie Conners, assuring her that she had pulled the trigger. It's Leslie's first case and she's got a tough defense ahead. Dysfunction abounds: Tara's abused mother is suspected of infidelity, and her young stepbrother battles Tourette syndrome. Further complicating things is Harlan Fowler, trustee for the estate, whose own motivations are more complex than they first appear. Leslie's fiancé and law partner, Brad Carson, who is simultaneously bringing a lawsuit on behalf of a Fabio look-alike against a romance reality show, aids Leslie in her defense of Tara. Matters intensify when Leslie discovers she has a life-threatening heart condition. It's a complicated tale, with some winding and twisting subplots, and Singer adeptly keeps the reader guessing throughout. He spins his story in first-person present tense, which only occasionally gets stiff. Fans of Singer's and other novels will enjoy appearances from familiar characters. Overall, evangelical Christian readers will find that although Singer is more long-winded and evangelistic, he is every bit as enjoyable as John Grisham.