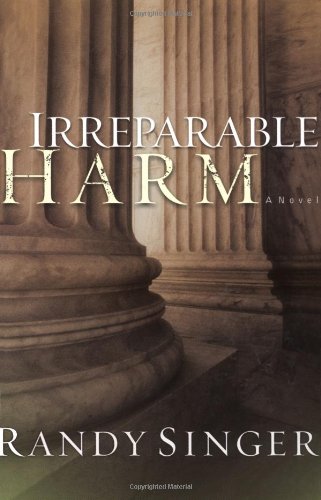 In his follow-up to , Singer mixes courtroom drama with ethical issues to craft an interesting but protracted legal thriller for the CBA market. Star law student Mitchell Taylor finds himself working for the worst kind of personal injury attorney upon graduation (call 1-800-CASH-NOW!), but as a Christian, he's determined to make the best of a bad situation. It's not long before he finds himself defending the GenTech Clinic in Norfolk, Va., in a tangled case involving eight frozen embryos. Also, he learns that a surrogate mother and illegal immigrant, Maryna Sareth, may be forced to abort the implanted embryo she is carrying. GenTech wants the embryos for AIDS research—or is it really for financial gain? It's up to Taylor to defend his client without compromising his beliefs. As in , the pace is slow, but the novel includes an appealing romance element and some welcome touches of humor. Most of the characters are multifaceted, including the unpredictable Hon. Cynthia Baker-Kline from the first book, who makes an appearance here. Evangelical Christians will appreciate the conversion of one character; however, the violence could alienate some readers, and the surprising evidence that clinches the case may seem in poor taste to others. Most readers, however, will enjoy the many twists and turns that Singer executes with aplomb. Legal thrillers seem to have found a home with CBA readers, and Singer once again adds a strong voice to this growing genre in the evangelical Christian market.