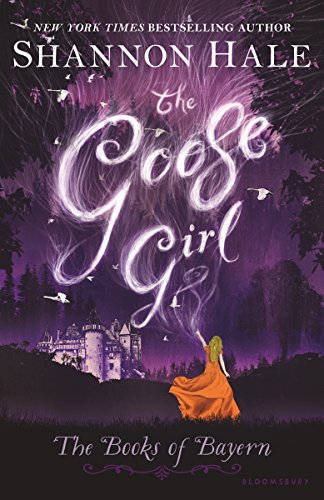 In this affecting debut novel, Princess Ani, the shy, sensitive, first-born daughter to the king and queen of Kildenree, embarks on an adventure-filled journey to learn the many lessons that will make her a true queen. With the help of her aunt (the queen's sister), Ani discovers that she was born with the "gift of animal speaking." But her gift frightens others. The narrative's leisurely pace plays up Ani's sense of isolation; at a ball hosted by her parents, for instance, the nurses hold Ani's siblings close and whisper of "men and secret things. Every word they spoke seemed to empty Ani more, like buckets dipped into a shallow well." Considering Ani unworthy of the crown, Ani's newly widowed mother sends her off, at age 17, to be married to the prince of a neighboring kingdom—mainly to keep peace. On the way to "the other side of the mountains," her lady-in-waiting steals her identity and wrests control of the guards so she may enter the kingdom of Bayern as the Kildenree princess. Meanwhile, Ani dodges attempts on her life, is looked after by an older woman in the Forest, and finally makes it to Bayern, to be hired in the palace as a goose girl. Only when she develops humility, a sense of justice, a talent for peacekeeping, an ability to command the wind and the gift of "people speaking" can Ani reclaim her place as the future queen of Bayern. In an attempt to weave all of the elements of the original tale, the novel at times bogs down in detail. But those who enjoy getting lost in an enchanted world will discover here a satisfying and richly embellished retelling of a classic that communicates values still pertinent to contemporary readers. Ages 10-up.