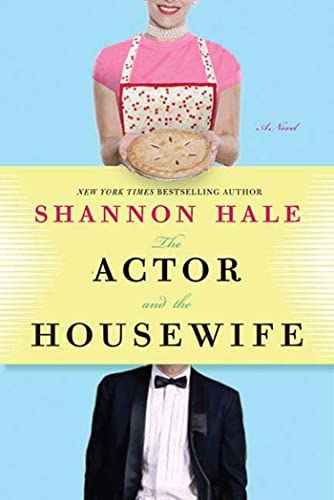 The Actor and the Housewife

This successful sophomore turn at chick lit (after ) from YA and graphic novelist Hale sets up a platonic relationship between a dashing movie star and a Mormon housewife. While in Los Angeles to ink a deal for a script she's written, pregnant Becky Jack holds her own against her big screen crush, Felix Callahan, known the world over for charming his way through romantic comedies. Witty banter draws them together, and though they debate what their fascination with one another could mean, an improbable friendship is born. Their alliance weathers the occasional break, Felix's disinterest in children and his indifference toward Becky's Mormon faith; spousal jealousy and the chasm separating their lifestyles also throw an occasional curveball. Hale keeps the prose crackling with humor and has a sure hand in creating nuanced, believable characters, so when otherwise unlikely plot turns creep up—Becky getting cast opposite Felix—they're, well, likely enough. Though Becky just wants to keep her best friend and her normal life, readers will hope she gets nothing less than a fairy tale ending.