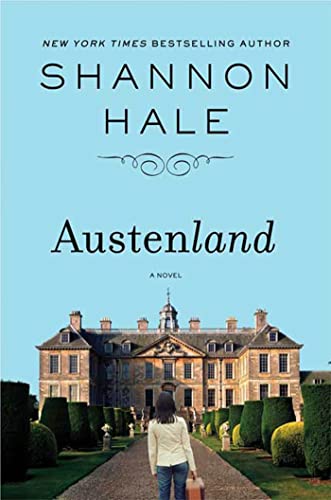 In 32-year-old singleton Jane Hayes's mind, no man in the world can measure up to Fitzwilliam Darcy—specifically the Fitzwilliam played by Colin Firth in the BBC adaptation of . Jane is forced to confront her Austen obsession when her wealthy great-aunt Carolyn dies and leaves her an all-expenses-paid vacation to Pembrook Park, a British resort where guests live like the characters in Jane's beloved Austen novels. Jane sees the trip as an opportunity for one last indulgence of her obsession before she puts it "all behind her—Austen, men, fantasies, period," but the lines between reality and fiction become pleasantly blurred as Jane acclimates to the world of Spencer jackets and stringent etiquette rules, and finds herself torn between the Darcyesque Mr. Nobley and a forbidden tryst with Pembrook Park's gardener. Though the narrative is endlessly charming, Jane is convincing neither as a sarcastic single girl nor as a romantic idealist, and the supporting cast is underdeveloped. Nods to Austen are abundant in contemporary women's fiction, and an intriguing setup and abundant wit are not enough to make this one stand out.