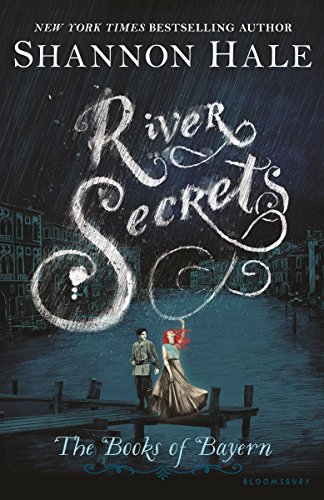 Razo, this winning novel's endearing protagonist, first brought to life as a minor character in Hale's , here gets his own story. Now a confidante of Queen Isi, Razo was originally a simple forest boy whose major skill is using a slingshot to hunt squirrels. Short in stature and low in confidence, he is asked to join a mission of peace between his own kingdom of Bayern, and the enemy kingdom of Tira. Razo is then selected to become a spy because of his unassuming nature and powers of observation. He soon discovers that traitors in the Tiran army are trying to re-ignite the war, literally, by leaving charred remains of bodies—an act they hope to pin on another envoy from Bayern—Razo's friend Enna (from ). This mystery unfolds along with charming friendships among Razo and his comrades, who lovingly tease him when he is the last to realize he has fallen in love with Dasha, the striking orange-haired daughter of the Tiran ambassador to Bayern, and has grown in height as well as self-assurance. This novel will be a special treat for readers of Hale's other two companion books, but it also stands on its own as a unique and tender coming-of-age story. Ages 12-up.