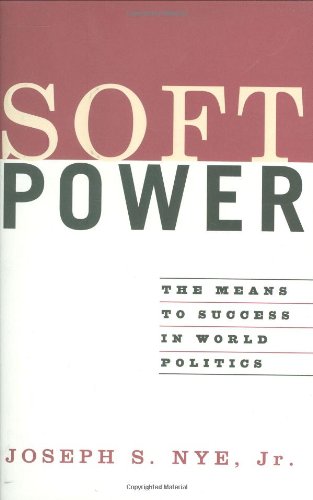 SOFT POWER: The Means to Success in World Politics

This is an indispensable book for anyone wondering what sort of changes to expect in U.S. foreign policy should the Democrats retake the White House later this year. Nye ( , etc.), now dean of Harvard's Kennedy School of Government, was an assistant secretary of defense in the Clinton administration and is certain to be a key player in a new Democratic administration. In fact, this book could all but guarantee it. Nye's careful analysis of the shortcomings of unilateralism and reliance solely on military power in confronting the threat posed by Islamic extremists is strong, all the more so because it is virtually devoid of partisanship. He gives credit to President Bush and his neoconservative advisers in their projection of "hard" military and economic power. But he shows how what he casts as their blindness to the significance of "soft" power seriously undermines hard power. Soft power—"the ability to get what you want through attraction rather than coercion"—is cultivated through relations with allies, economic assistance and cultural exchanges with other countries, projecting a sense that U.S. behavior corresponds with rhetorical support for democracy and human rights and, more generally, maintaining favorable public opinion and credibility abroad. The go-it-alone approach, Nye argues, has led to an unprecedented drop in support for the U.S. abroad, which leaves us scrambling to rebuild Iraq almost singlehandedly, overstretching ourselves militarily and economically. It also hampers efforts to secure the voluntary cooperation of foreign governments essential to dismantling terrorist cells spread throughout the globe. The answer, Nye says, lies in a return to the mix of soft and hard power that cemented the Western alliance and won the Cold War.