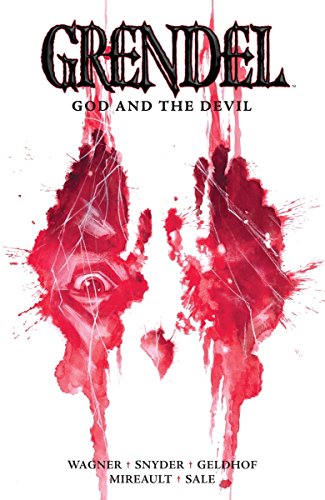 Grendel: God and the Devil

Wagner's multifarious Grendel character takes a leap several centuries into the future with his 10-part God and the Devil series, originally serialized in 1989 and remastered in 2003, collected in a dense graphic novel that will serve as a hearty meal for serious fans but may baffle newcomers. It's the year 2530 and most of the world's surface is ravaged wasteland. A newly reconstituted Vatican lords over the livable areas of the American West, its corrupt hierarchy greedily raking in donations for the construction of a Babel-like tower, while instituting a savage new Inquisition to keep the faithful in line. Two things stand in the way of iron-fisted Pope Innocent XLII: straight-laced investigator Orion Assante and the masked nihilist trickster Grendel himself. Wagner's take on the church as evil empire comes straight out of the Middle Ages and works quite well for a pseudo-postapocalyptic America. But while the money-grubbing clergy (and their mercenary guards) are quite adequate villains, Assante is a blank protagonist. The story lines are densely tangled, and Wagner's penchant for overwrought narration and random moments of ultraviolence throws more layers on top of it all.