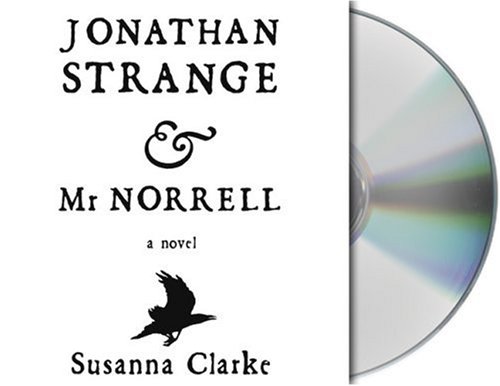 There may be no better marriage of talents than that of Clarke and Prebble. The former spins an enchanting, epic tale of English magic in the age of Napoleon, and the latter brings it to life—footnotes and all—with a full-bodied voice, skill and aplomb that rivals that of noted narrator Jim Dale. Set in a world where the study of theoretical magic is common, but the practice of it is unheard of, this sweeping narrative follows the exploits of England's only two practical magicians, the bookish Mr. Norrell and the affable Jonathan Strange, as they struggle to revive the country's magic in very different ways. Mr. Norrell is content to publish opaque, opinionated pieces on magic's uses and misuses, but Strange is fascinated by the legend and lore of the Raven King, the so-called father of English magic. The voices Prebble lends these two disparate characters nicely reflects their personalities—Norrell's voice is brittle and sometimes shrill, but Strange's is pleasant and ironic. As the two magicians labor together to defeat Napoleon and then separately to pursue their own ends, an elusive faerie known only as the "gentleman with the Thistledown hair" watches and schemes. Clarke's novel likely contains close to 100, if not more, characters, and Prebble juggles them all with ease. Although the heavy price of this audiobook may deter some listeners, there's no better way to experience the material than to hear it performed by such a consummate actor.