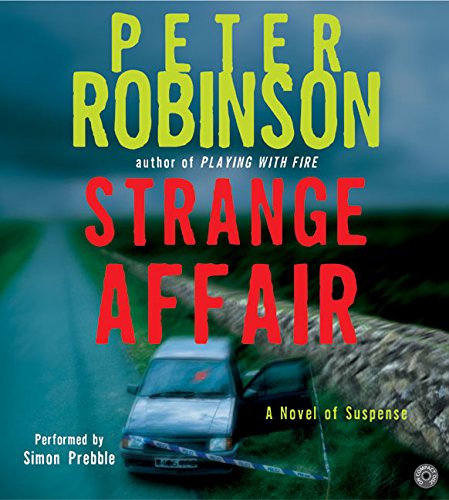 In this artful abridgement of Inspector Alan Banks's 15th series appearance, things get personal for the Yorkshire policeman. Still despondent over the burning of his hearth and home in , he's drawn to London by a panicked phone message left by his estranged younger brother. Meanwhile, Banks's name and old address turn up in the possession of an attractive young woman murdered on his own turf. That death is being probed by his ex-lover, Inspector Annie Cabbot. The author cleverly keeps things moving by switching from one investigation to the other, introducing both sleuths to a gallery of well-defined witnesses and potential suspects. Narrator Prebble, who can be heard on nearly 200 audiobooks, tells the story with an almost cool British reserve, slipping easily into a panoply of vocal characterizations appropriate to Robinson's large, distinctive cast. From Banks's pleasant and faintly bemused mum to Cockney thugs and smarmy swells, Prebble gets the job done. He also handles the mood swings of the two main characters with ease. Using subtle shifts in pacing and vocal timbre, he balances Annie's professional patience in her interviews against her growing anger with Banks for the mental anguish he continues to cause her. And for Banks, the narrator runs the emotional gamut—from depression to full fury to a quiet understanding that "everyone gets tainted by a murder investigation."