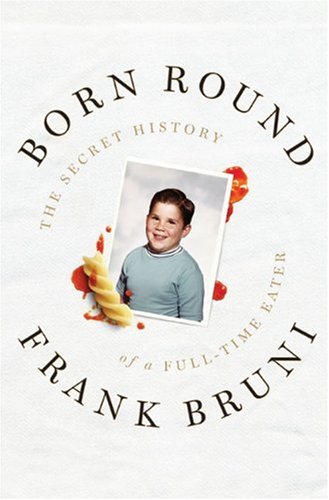 Born Round: The Secret History of a Full-Time Eater

Outgoing restaurant critic Bruni admits he was even a baby bulimic in his extraordinary memoir about a lifelong battle with weight problems. To his Southern Italian paternal grandmother, food equaled love. Cooking and parenting from Old World traditions, she passed these maternal and culinary principles on to her WASP daughter-in-law, whose own weight struggles her son eventually inherited. Through adolescence, puberty and into college, Bruni oscillated from gluttonous binges to adult bulimia, including laxative abuse. Vocationally, journalism called, first through the college paper, then a progression of internships and staff positions in Detroit and New York, including his stints as a Bush campaign reporter in 2000 and as the Rome correspondent. In tandem, Bruni's powerlessness over his appetite developed from cafeteria meals to Chinese delivery binges to sleep eating. While Bruni includes such entertaining bits as the campaign trail seen through Weight Watcher lens and ample meals from his years as the restaurant critic, in the end, his is a powerful, honest book about desire, shame, identity and self-image.