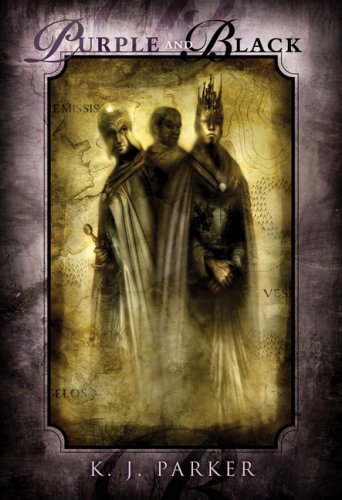 In this heartbreaking epistolary novella, pseudonymous military fantasist Parker ( ) keeps the letters, humor and tension moving at a quick clip. Nicephorus becomes the reluctant emperor of the Vesani after all his imperial relatives kill one other off. Knowing that 72 of the past century's 77 emperors have been murdered by the military, he appoints his trusted friend Phormio to command on a frontier filled with almost preternaturally effective insurgents. Each man sends two letters at a time to the other: one in official purple ink, the other a black-inked personal missive ranging from hilarious to despairing. As enemies become stalwart allies, sorrow lurks within victory and a forgotten moment of youth threatens everything, Parker sends the brief (but never terse) story flying to a wrenching and all too realistic conclusion.