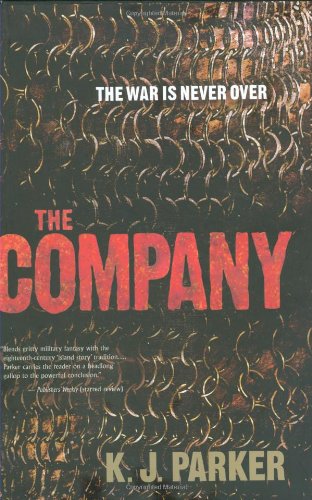 This exquisitely written novel by a pseudonymous popular author blends gritty military fantasy with the 18th-century “island story” tradition. Seven years after the end of a war between unnamed countries, four friends who fought together have settled back into civilian life. Then their former leader, Kunessin, now a celebrated and embittered general, turns up and reminds them of their old pledge to retire together to a peaceful island. Better yet, he’s found a suitable place and will fund the venture. A local matchmaker finds women smart and desperate enough to be colonists, and they marry the ex-soldiers in a group wedding that sets the tone of the book: humorous, grim and utterly unromantic. The would-be republicans soon reach the island and settle in, but the discovery of gold in a stream changes everything. With inexorable emotional logic and an eye for detail, deftly weaving in flashbacks to wartime, Parker carries the reader on a headlong gallop to the powerful conclusion.