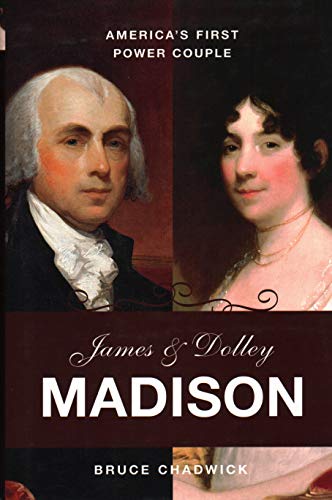 Drawing extensively on newly available letters, historian Chadwick (Lincoln for President) sketches a colorful portrait of an often neglected presidential couple. Ostensibly a dual biography, Chadwick’s clear focus is Dolley, who, in the eyes of her contemporaries, was a good-natured and attractive woman. Widowed in 1793 at the age of 25, Dolley gained Madison’s attention, and he requested a meeting with her. Always savvy, she engaged some friends to do a thorough background check on him before the meeting. Though Madison was 18 years older, shorter, and reportedly morose, she found him to be quite the opposite, and the couple married on September 15, 1794. While Madison served under Jefferson, Dolley became the White House hostess, helping Jefferson arrange his presidential parties; once ensconced as First Lady, she “raised the level of elegance at the President’s mansion,” and “was seen as a literary light,” though was also very protective of her husband, keeping tabs on those who were “causing unnecessary trouble.” While he weaves the narrative of James Madison’s own stints as secretary of state under Jefferson and his terms as president into Dolley’s story, her strength, wit, sophistication, political ingenuity, and intuition form the core of Chadwick’s affectionate portrait of the woman who helped define the role of First Lady. (Feb.)
close
Details