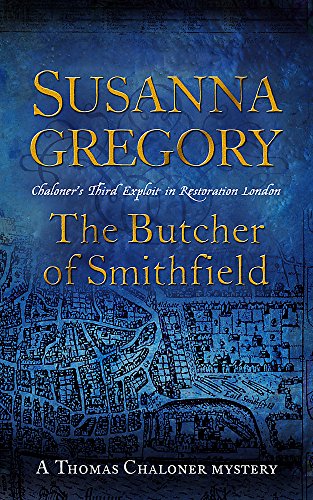 The Butcher of Smithfield

Gregory brilliantly evokes 1663 London in her brisk third mystery to feature spy Thomas Chaloner (after 2007’s ). On returning to England after a perilous mission on the Iberian peninsula, Chaloner finds himself out of favor with his mercurial employer, the earl of Clarendon, England’s Lord Chancellor. He gets a chance to return to the earl’s good graces if he can solve the peculiar death of Thomas Newburne, a solicitor and newsman who died after eating a cucumber. Chaloner soon learns that others have recently perished after a similar meal. His inquiries into the murky world of journalism and propaganda bring him into conflict with the Butcher of Smithfield, a shadowy thug and associate of Newburne’s. Gregory salts the plot with several tantalizing subsidiary puzzles, and has impressively integrated into the story line not only historical figures but debates about the content of the period’s newsletters and newsbooks.