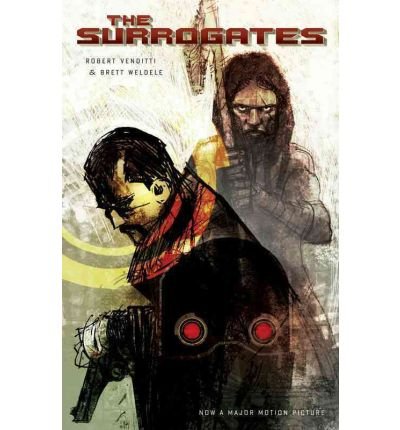 The year is 2054, and the Central Georgia Metropolis is held in a grip of fear by a series of crimes committed by the mysterious lightning-wielding techno-terrorist dubbed Steeplejack. His attacks stem from an agenda that seeks to disconnect humanity from its dependence on "surrogates," androids that the consumer can link with and allow to carry out the user's life, acting as a full-time stand-in. For investigating detective Harvey Greer, Steeplejack's anti-surrogate rampage unearths possible connections to a fanatical prophet. Years earlier, this prophet incited riots while preaching a gospel of returning society to a time when people actually lived their lives instead of merely experiencing them, a point of view that Greer is slowly coming to agree with. Basically a straight police procedural laced with science-fiction trappings, Venditti's script offers a convincing future in which mankind doesn't realize that the virtual reality of the surrogates is potentially worse than any narcotic. This quietly bleak scenario is capably illustrated by Weldele in a straightforward style reminiscent of film storyboards. As a change of pace from typical superheroic fare, this volume comes heartily recommended.