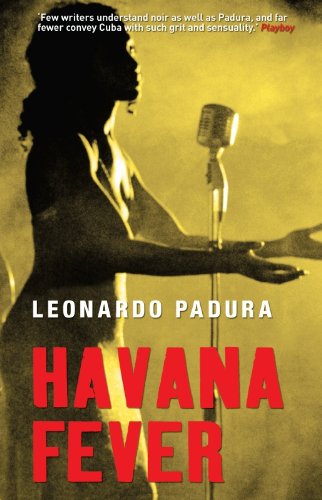 Part biblio-mystery, part tragedy and all brilliant, Padura's follow-up to his Havana Quartet ( , etc.) finds Mario Conde 14 years after retiring from the police force pursuing books instead of criminals, acting as a book scout to earn enough for food and drink. His famed intuition leads him to a decrepit mansion, its old and odd inhabitants, and to the most impressive private library ever assembled in Cuba, untouched for 43 years. Stuck in between a book's pages, he discovers a 1960 magazine photo of a sultry singer, Violeta del Río, who disappeared in the 1950s. Conde's curiosity turns to obsession as he tries to unravel Violeta's sad fate. The trail takes Conde into the past when Batista ruled, revolution was near and gangsters like Meyer Lansky oversaw casinos, clubs and brothels. It will also take him into the most dangerous and terrible of Havana's barrios. The glory of Cuba's biblio-history drives this exceptional novel.