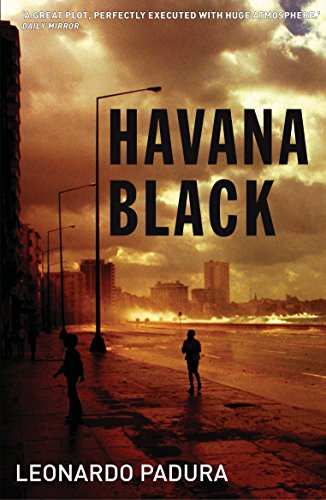 At the start of the well-plotted second volume of Padura's seething, steamy Havana Quartet (after 2005's ), Cuban detective Mario Conde (aka "the Count") is approaching the end of his police career and his 36th birthday with drunken abandon while also anticipating, almost welcoming, the arrival of a devastating hurricane. Fed up with the latest departmental purges, which have claimed his boss and mentor, Major Rangel, Conde resigns from the department only to be offered a challenge and a bargain by Rangel's newly appointed replacement. If he can solve the brutal murder of a highly placed Cuban defector within three days, Conde's resignation will be accepted without prejudice. Padura grounds his tale against a backdrop of governmental corruption, the broken promises of the Cuban revolution and the difficult relations between those Cubans who fled the Castro regime and those who stayed. This densely packed mystery's unusual locale should attract readers outside the genre.