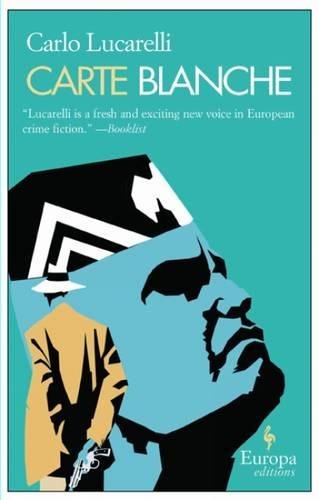 Chaotic, fascist Italy is the tantalizing setting for the first entry in Lucarelli's ( ) De Luca trilogy. In the final year of WWII, while opportunism, desperation and resistance run rampant, Rehinard Vittorio, a well-connected Fascist, drug dealer and philanderer, is stabbed to death and castrated, leaving behind no dearth of suspects for the tortured insomniac, Commissario De Luca, to investigate. Was the murderer Rehinard's boss, the foreign affairs minister who's collaborating with the British, or the minister's morphine-addicted and sexually compromised daughter? How about the minister's political rival, whose wife and son are trying to buy their way into neutral Switzerland with drug profits? De Luca's a complex man who believes the police shouldn't be used as political goons, even as his investigation draws him deeper into the seedy underworld of a crumbling regime. His astutely rendered inner turmoil makes him an intriguing protagonist, but the other characters never spring to life. Lucarelli also breezes through the minutiae of Italian Fascism, which may leave American readers in the lurch, but these faults fail to overpower the trenchant grit of this excursion into Italian noir.