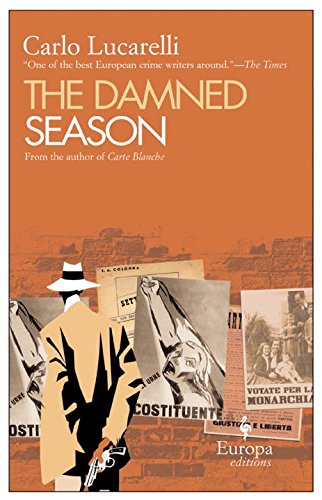 Set in 1946, Lucarelli's taut middle volume of his De Luca trilogy (after ) finds Commissario De Luca, who was a police officer during the Mussolini regime, in a perilous position. Under an assumed name, De Luca is just trying to survive any way he can when a member of the Partisan Police catches him in the woods outside Ravenna and drags him into an investigation of a triple homicide. Despite his instincts for self-preservation, De Luca can't refrain from making observations that display his professional expertise. When he's seduced by the local strongman's girlfriend, De Luca finds himself further at risk. While many authors have written of the conflicts faced by honest police officers in Nazi Germany, few American readers will be familiar with the aftermath of WWII in Italy, and Lucarelli excels at portraying fear and suspicion in a country struggling to recover from its national trauma.