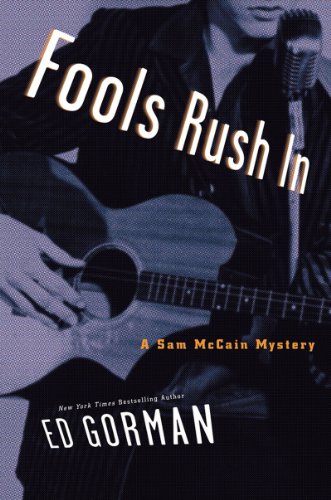 At the start of Gorman's engaging seventh civil rights–era whodunit (after 2004's ), PI Sam McCain goes looking for a blackmailer and finds him dead alongside one of his blackmail victims, dynamic black college student David Leeds. David had been dating the white daughter of a senator, a major scandal in 1963 Black River Falls, Iowa. Given the pervasive climate of racial strife, there's no shortage of suspects, including a racist biker gang and the daughter's bully of an ex-boyfriend. McCain discovers other compromising photographs and a wad of cash indicating further blackmail victims, one of whom may have been driven to murder. The town's inept police chief warns McCain off the case, but the new district attorney, a young, attractive no-nonsense woman, lends invaluable support. While evoking the quiet ordinariness of the time with nostalgia, Gorman realistically portrays the small town's mixed response to the exploding national demand for long overdue justice.