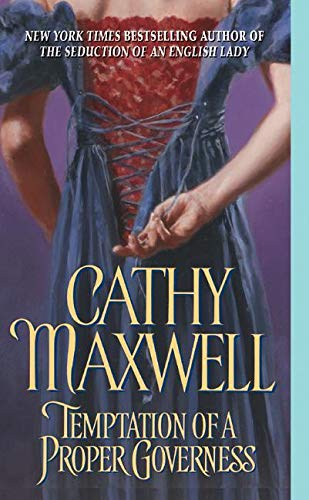 TEMPTATION OF A PROPER GOVERNESS

Having fled to the colonies to avoid being framed for murder, Michael Severson returns years later to England to find the real killer in Maxwell's latest Regency confection, a slightly darker entry than her usual fare ( , etc.). Michael needs a way into society if he's to make any headway exonerating himself. At a house party in the country, the perfect opportunity presents itself in the form of Miss Isabel Halloran, a governess. The two find themselves in a compromising position from which marriage seems the only escape—but Isabel harbors a secret of her own, and she's not sure she can trust Michael to keep it. The murdered mistress who haunts the lovers weighs down the story, and the central mystery remains underdeveloped until the latter half of the book, when suddenly the secondary characters begin piling up. In addition, the chemistry between the protagonists isn't as convincing as it could be because Maxwell too often tells rather than shows their attraction. Still, the author's fans will warm to her appealing protagonists, even if there isn't much to distinguish this effort from the many other Regency mystery-romances crowding bookstore shelves.