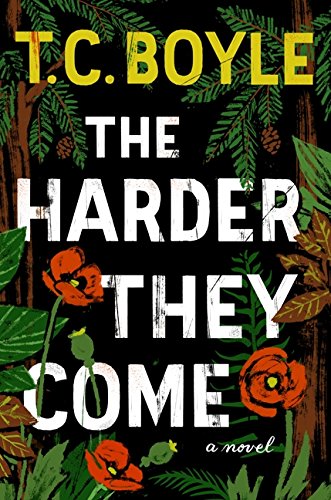 The Harder They Come

Boyle’s (San Miguel) hypnotic narrative probes the complexities of heroism, violence, power, and resistance. At its heart are ex-Marine and retired school principal “Sten” Stensen and his schizophrenic son, Adam, who arms himself against shadowy “hostiles” and identifies with heroic 19th-century wilderness guide John Colter. On vacation in Costa Rica, Sten kills a gunman attempting to rob his tour group. Back home in Mendocino, Calif., he becomes an instant celebrity for his act of vigilante justice, and he is drawn into a citizen brigade whose mission is to protect nearby forests from the South American drug cartels that despoil the land. Meanwhile, Adam forms a tenuous, lust-fueled bond with anti-government activist Sara Jennings. Driven further into delusion by her brushes with the law and his physical confrontation with his father, Adam flees for his secret camp in the woods; when one of the citizen patrollers challenges him, Adam shoots that man, and soon another. As the manhunt intensifies, Sten realizes his son’s involvement and his own inability to change his son’s fate. Written with both clarity and compassion, each of the novel’s characters inhabits a rich and convincing private world. As they traverse a landscape none of them control, their haunting stories illuminate the violent American battle with otherness. (Mar.)
close
Details