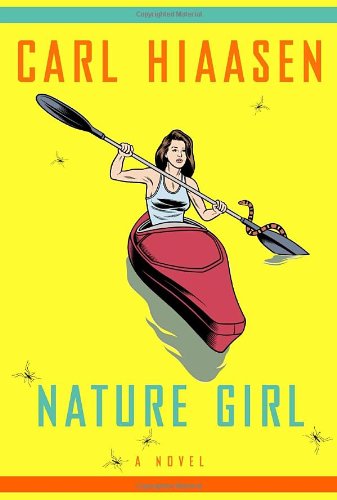 Old fans and newcomers alike should delight in Hiaasen's 11th novel (after 2004's ), another hilarious Florida romp. The engaging and diverse screwball cast includes Boyd Shreave, a semicompetent telemarketer; Shreave's mistress and co-worker, Eugenie Fonda; Honey Santana, a mercurial gadfly who ends up on the other end of one of Shreave's pitches for Florida real estate; and Sammy Tigertail, half Seminole, who at novel's start must figure out what to do with the body of a tourist who dies of a heart attack on Sammy's airboat after being struck by a harmless water snake. When Santana cooks up an elaborate scheme to punish Shreave for nasty comments he made during his solicitation call, she ends up involving her 12-year-old son, Fry, and her ex-husband in a frantic chase that enmeshes Tigertail and the young co-ed Sammy accidentally has taken hostage. While the absurd plot may be less than compelling, Hiaasen's humorous touches and his all-too-human characters carry the book to its satisfying close.