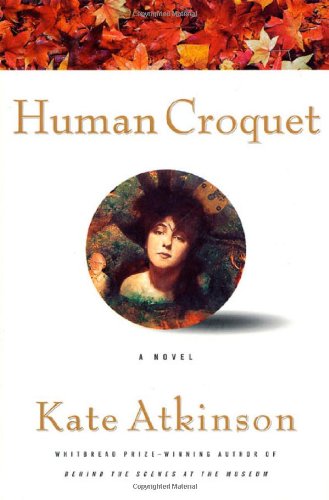 The quirky imagination, subversive humor and instinct for domestic chaos that Atkinson displayed in her first novel, Whitbread winner Behind the Scenes at the Museum, are rampantly evident again here, as the British author audaciously fuses several genres in a story that does not quite live up to expectations. The primordial Forest of Lethe once occupied what is, in the novel's post WWII setting, the village of Arden, and the atmosphere of that mythical time seeps rather malevolently into 16-year-old narrator Isobel Fairfax's consciousness. Far from being idyllic, Arden, located in the ""grim north'' of England, shelters families with unsavory secrets, most of which are discovered by Isobel. She and her younger brother, Charles, are lonely children, bereft of their flighty, glamorous mother, who disappeared when they were young, and wary of their dispirited father, who also dropped out of sight for seven years until he returned from New Zealand with a porcine bride. Meanwhile, the siblings were left in the care of their nasty Aunt Vinny and formidable grandmother-and were forbidden to talk about their mother. Both children are enveloped by inconsolable sadness and are susceptible to wishful thinking about a paranormal world where their mother may be alive and well. Soon events verge on the bizarre as Isobel falls into time warps in which she sees the past and the future, each encounter bristling with weird and violent confrontations. Shakespeare's transformations in the Forest of Arden are explicitly evoked, as are mythical archetypes and frightening fairy tales. Atkinson tempers the air of dreamy urgency with acerbic wit. Isobel's rich fantasy life, jaundiced view of human nature, offhandedly funny quips and poignant vulnerability make her an irresistible heroine, but Atkinson's hackneyed explanation of the mysterious time warps may disappoint readers looking for an inventive ending more in keeping with the novel's iconoclastic spirit. (May)
close
Details